Norma was born in 1945 in Hawick, a small town in the Scottish Borders. In her late teens she won a bursary to Sheffield Art College to study fine art and, later, a year of graphic design. Family commitments, for many years, kept her painting just for pleasure.

Scottish painters have always held a special interest for her: Joan Eardley, whose work seems contempory even today, Ann Redpath, whose birthplace was also Hawick, the Scottish Colourists and now Barbara Rae and John Brown and other contemporary painters whose work is colourful and verging on the abstract.

She makes a point of visiting Edinburgh to see the RSW and Academy Shows each year which always shakes her into examining her own work. It tends to encourage her leaning to be more abstract.

She first saw John Blockley’s painting while wandering through Stow on the Wold as a young mother and was immediately aware of a vision and interpretation of the landscape to which she could relate to and has since always had great admiration for his work. Annual holidays on the west coast of Scotland, a childhood living on the edge of the Peak district and now in the hills of the Forest of Bowland and Dales of North Yorkshire were other influences.

In 2001 she submitted work to the RWS open exhibition, won the Cuthbert award and sold the paintings. Encouraged by this, in the following years, she sent work to the RI and the PS where I won The Herring award and again the Cuthbert prize and was elected to the Pastel Society in 2004

Her working approach is studio based, working from sketches and digital photography. She works in pastels, acrylics or watercolour on gesso/pumice primed board and uses both Unison and Daler Rowney pastels. She works over an under painting of either failed watercolour or watercolour washes, usually on large size mountboard, to then enjoy the creativity of cropping the painting and make a satisfying and pleasing image, all part of the creative process.

Her studio in the summer months is a summerhouse in the garden, by the stream, and surrounded by trees. It has heat and light but by November the damp has penetrated and the heating makes little impact so I retreat to any space available in the house. 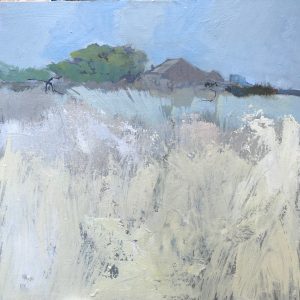 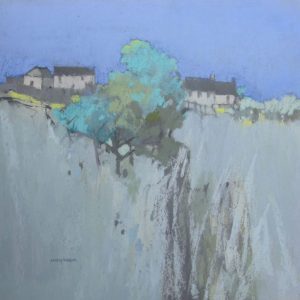 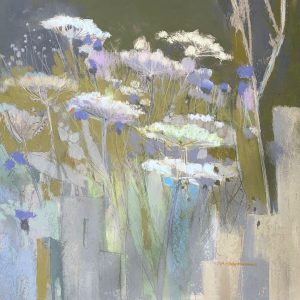 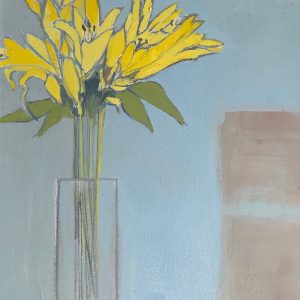 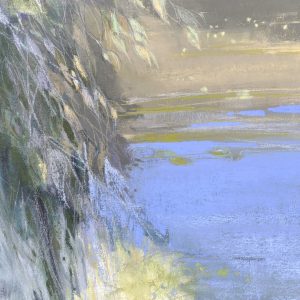 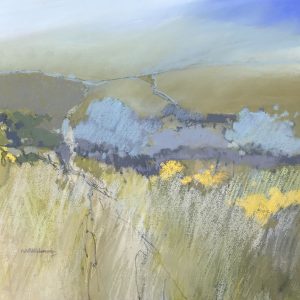